Buy Together and Save More (At most {{ addItemQuantity }} item(s))

Sale HK$1,499.00
The maximum quantity per submit is 99999
This quantity is invalid, please enter a valid quantity.
Sold Out

Not enough stock.
Your item was not added to your cart.

which features 4x and 8xanti-aliasing as standard.

So if you really really need your prints to beimperceptibly smoother, they can be.

CrealityLD-002R, the most cost-effective resin 3d printer, which can be wirelessprinting via WiFi.

It isbig progress for the resin 3d printer and Creality 3d R&D team.

with awell thought out design that defuses many of the irritants, people have hadwith other, similar budget printers.

andthe components of its motion system, which is underpinned by a ball screw andsingle linear rail for the Z-axis.

ANTI-ALIASING：MSLA 3dprinter uses an LCD screen to maskan image of a layer over a UV light source.

Comprisedof hundreds of thousands of pixels, each a little rectangle itself,

thistech leaves a telltale sign of the edges of these pixels on the print surface.

Oftenbarely visible, this effect can be lessened through the use of a digitalprocessing called anti-aliasing,

whichinterpolates between these edges, smoothing the effect out.

QUICK LEVELING：Quicklevelling in the sense that the machine will lower the print plate to the vatfor you,

Fourhex screws feature on the print plate — loosen them before dropping the plate,

and itwill to the level of the screen. Tighten and you’re good to go. Standard MSLAfare.

it'sunusual, and perhaps even distracting overkill, to see it on a smaller machine.

It'snot a bad thing, but it makes you wonder why they did it.

AIR FILTER：A small boxat the rear of the print chamber contains a pouch of activated carbon.

Thisshould help to remove part of the stench of exposed resin from the air.

There is no additional details for this product. 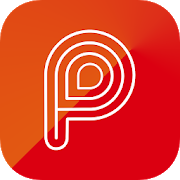